March’s 30 Day challenge was to get my physical health in order. While I didn’t expect to train like I used to before I became a parent, I wanted to resume regular exercise. Even before I started, I doubted the likelihood of actually doing that, so I also added something more realistic and measurable: I repeated one of Matt Cutts’ experiments and gave up sugar for 30 days.

I’m sorry to say that March was an overall failure. Aside from not eating sugar, March was likely my least healthy month of the past year.

First, exercise. There were three big reasons I underperformed.

1. I didn’t define my plan. I started exercising and eating well on the first few days but quickly lost momentum, because I didn’t write down a weekly training plan, i.e. days spent riding, running, doing weights, or recovering.

2. I didn’t have an end goal. In the past, I usually had some specific date on a calendar: a race, a big group ride, or an active vacation. In my former childless days I trained year-round, not always with an event in mind, but with the expectation that I’d choose a few. Now my time is so scarce that I can’t accomplish anything — personal or professional — without a specific goal in mind. I usually have to give something else up.

3. It wasn’t realistic. I knew I was going to spend 8 days traveling to Austin. While I naively packed my running shoes and three sets of workout clothes, they never left my suitcase until I ran out of clean laundry.

Honestly, I think my biggest disappointment is how predictable and predicted this outcome was. I’m not new to goal setting. It’s what I do for a living. I also spent years training for various sports. Cycling alone consumed almost a decade of my time and dictated much of my lifestyle: how often I trained, where I went for vacation, what I ate, and even who I spent my time with. I know what I need to stay motivated, and I know things don’t happen if I don’t envision my outcome.

The last time I trained with any structure was 2008, which is a hugely unfair comparison given where I am in life now. March 2013 was the first time in a long time when I attempted to log how often (or how little) I exercise now. I commuted by bike on March 1 and didn’t do so again until March 29, the last weekday of the month. I did weights a few times. For the last 5 days in Austin, I stayed in a hotel that was 1.1 miles from downtown, and I did the roundtrip walk twice a day along the river path. I easily walked 5-6 miles a day during that time, which is a mitigating factor but not enough to compensate for everything else.

I was mostly successful in giving up sugar, but still had over a dozen accidental transgressions, where I took a bite of something and had to put it down. It was astoundingly difficult to do, of course because of willpower, but mostly because sugar is in EVERYTHING.

Obviously sweets were off limits. I took photos of all of the free desserts I passed up at formal meals, parties, and conference sessions. I couldn’t eat pie on Pi Day. I couldn’t try my neighbor’s chocolate chip and bacon pancakes at brunch. I couldn’t eat ice cream with my daughter, try my wife’s first loaf of banana bread, or eat red velvet cake at an NPR going away party. I went without chocolate for the longest period in my entire life. 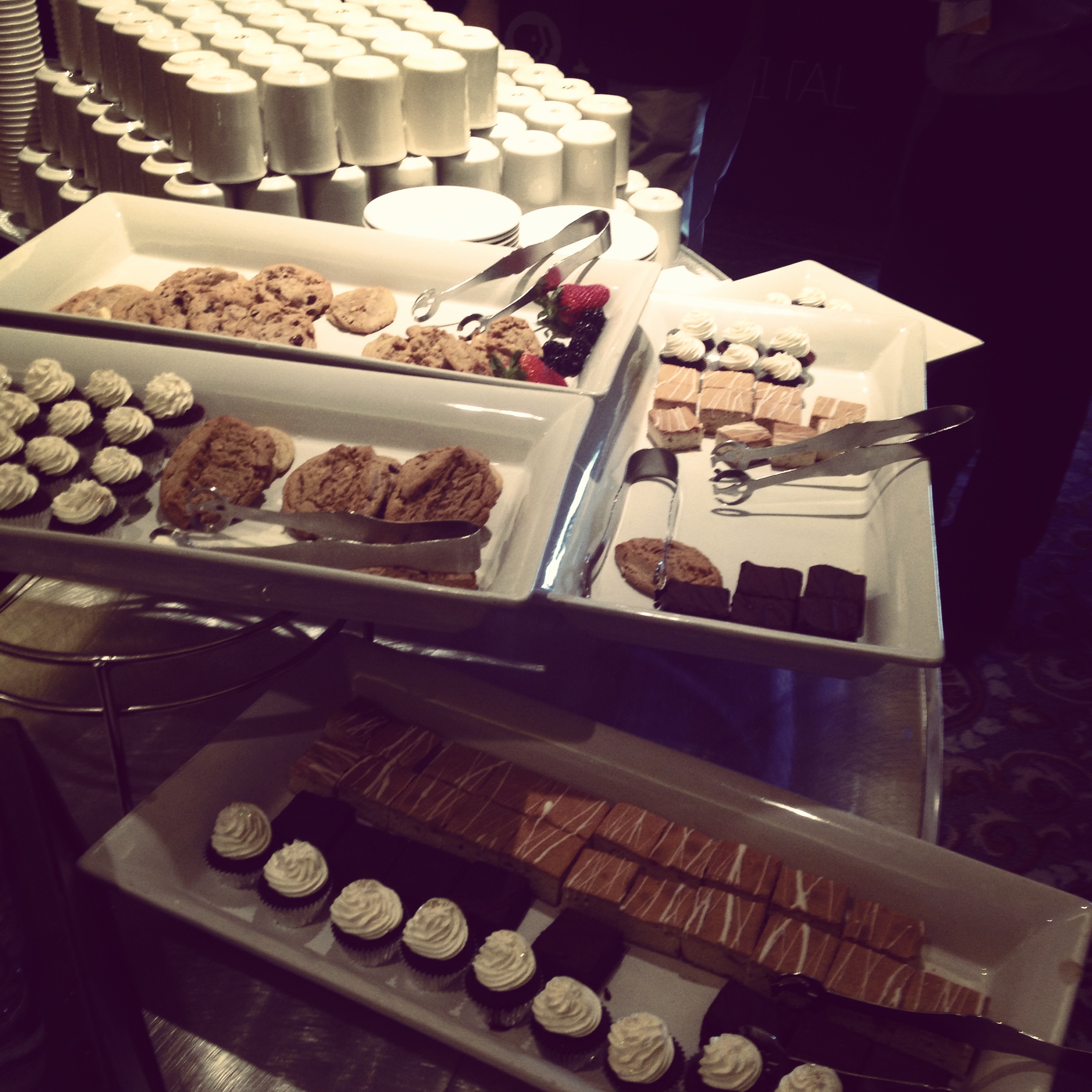 I didn’t even read labels, and I was still surprised at how much I couldn’t eat. I had a standing rule that if something tasted sweet and it wasn’t whole fruit, I couldn’t eat it. (I disallowed all artificial sweeteners as well). Ketchup and barbeque sauce I expected, but I had to put down sushi, salsa,  and many other foods I wouldn’t have suspected. I didn’t even go near a Thai restaurant.

A friend asked if I felt much better after giving up sugar of for a month, and I told him that everything else I did negated any gains. Beyond a lack of exercise in March, I spent the first few weeks sleeping very little and working and drinking too much. No doubt, it was a lot of fun, but it’s unsurprising that I was sick from March 16 through the 23 after being mostly healthy all fall and winter.

I am disappointed by March, but I knew going in that wasn’t a realistic month to try a full physical makeover. I’m not sure I even wanted to do it. When I trained in the past, I would often take a few months off in late winter/early spring. DC was atypically dreary this March and that further sapped my motivation. Why did I even attempt it then? Wishful thinking? Perhaps trying to keep my streak from January and February alive? Or maybe I’m still burned out and wanting for that vacation I’ve needed for months.

April and May are shaping up to be the most hectic months my wife and I have seen in years. We’re expecting kid number two this summer, work is hectic, and our landlord just told us he’s selling the house. Moving and nesting will be all I can do. One thing I loved about my January experiment was that I listened to a lot of music. It’s so soothing and I don’t do it often enough, so in April I’m listening to a different album, start to finish, each day.

My biggest takeaway from March is a need to come to grips with the decisions I’ve made. My priorities have changed dramatically over the last five years. My work is mission-driven. My family is very important and I’m home for dinner every night. I invest all of my time there and in a few related projects. There’s little time for anything else. This is my choice, but I need to tweak the balance. For years, my wife and I spent every weekend in the mountains. While that old pre-kid life is gone, for years, she’s believed we’ve given up too much of it.

2 thoughts on “March was a bust. What can I learn from it?”