ORD Camp is quite simply my favorite event of the year. I mean that not only across tech and media events, but everything I do personally and professionally all year. At least 9 out of 10 attendees will tell you the same thing. 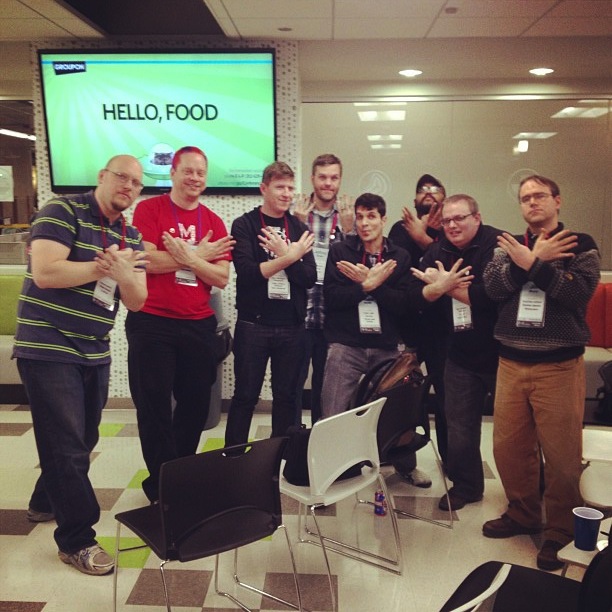 ORD Camp is a Foo-inspired unconference, where the participants make the agenda. It is invite-only, FrieNDA, which leads to an incredible amount of intimacy and that makes the event so special.

Since our time together is so short, sleep basically doesn’t happen. The super-achieving attendees include inventors, scientists, artists, chefs, teachers, civil servants, and technologists. To quote the hosts, you were invited because you’re either: “amazing, or crazy, or both.” We don’t all come from the same industry, and that’s a great thing because we all came to be exposed to new ideas and to each other. We’re all fascinated about being fascinated.

Here’s a few things I did this past weekend:

For every amazing session I attended, I missed seven more.

I also met a lot of incredible people. At least 5 of the best conversations I’ve had in the last year happened this weekend. I told one camper with whom I spoke last year that his words had stayed with me and influenced every big idea I chased at NPR in 2012. Another amazing individual — who is far smarter, more accomplished, and a better all-around person than I’ll ever be — said that he didn’t know what he’d do without ORD Camp: it made him realize he wasn’t alone and that energized him throughout the year. He’s not alone in that idea, most of us leave inspired to go big:

To a reasonable approximation, the next 12 months of my life will be dedicated to doing things that’ll provide material for next #ordcamp

I met incredible new people and also some folks that I’d corresponded with online.  We talked about our work, our passions, and our families. I had a terrific hallway conversation with a few Googlers as we took turns escaping from handcuffs.

It sounds like a lot of fun doesn’t it? ORD Camp founders Brian Fitzpatrick and Zach Kaplan hold the event to “create more value than they capture”, using Tim O’Reilly’s shorthand for creating good for the sake of doing so and paying it forward. ORD Camp is an incredible gift.

While the post-ORD Camp glow was ever-present on campers’ Twitter feeds yesterday, today the reality is setting in that it’s over. It’s special because the guest list changes every year, because there’s more than you can possibly absorb, and because of the uncertainty of your next meeting with these amazing folks. Fear not! I’ve learned this year that ORD Camp is not an event: it’s a community that just happens to culminate in the best event of the year.

The ORD Camp community is trying to make the world more awesome, and Chicago is arguably the biggest beneficiary. Every city should be so lucky to have an ORD Camp, where city government, educators, entrepreneurs, non-profits, small business owners, technologists, and artists show up to talk about how to make their city more livable and prosperous. ORD Camp has spawned startups. This weekend there were sessions on city data, transit improvements, talks on history, and reviving Chicago manufacturing. I grew up in Chicago and despite not living there since 1996, I feel more connected than ever. Last summer’s hardware hackathon was only possible because of the ORD Camp community.  While a move isn’t on the horizon, I am finding reasons to come back to Chicago throughout the year and interact with the community.

Thanks so much to Groupon for hosting. Fitz and Zach, thanks for blowing my mind even more than you did last year.

So what’s next? Keep in touch ORD Campers, and remember that if you pass through D.C., it’s a standing rule that I have to drop everything and meet you for a coffee/drink.